Offering helpful advice for the health of your cat

Help me Stop my Cat From Spraying Urine

A video tribute to honor our beloved pets that have passed, The Rainbow Bridge.

Every winter, hundreds of cats are treated for ethylene glycol toxicity. Although ethylene glycol is used primarily in antifreeze, it also can be found in cosmetics, paints and snow globe toys. Cats, other animals and children are attracted to ethylene glycol because of its sweet taste.

Antifreeze usually is found in sheds and garages, but sometimes can leak under cars, where cats often hide. Ethylene glycol causes acute kidney failure and death. It is highly toxic and only a small amount needs to be ingested to be fatal. Less than half a tablespoon can be lethal to a 10-pound cat. Cats typically develop symptoms of ethylene glycol toxicity within 30 minutes, and their kidneys can stop functioning within 6 hours of ingestion.

In order to decrease the number of poisonings, manufactures have developed safer antifreeze products containing propylene glycol or methanol–instead of ethylene glycol. To keep your cats, neighborhood cats and wildlife safe, do the following:

If you think your cat has been exposed, time is of the essence. Take your cat to your veterinarian or the nearest emergency clinic for immediate treatment. Any delay in treatment can be fatal. 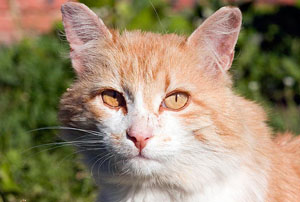 Trappers are needed to humanely trap a cat or colony of cats so they can be spayed or neutered, helping to put an end to pet overpopulation. 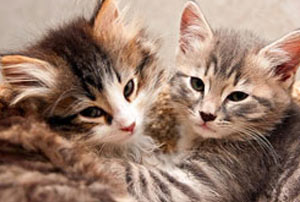 If you enjoy caring for cats or kittens, BCCC is interested in talking with you about our foster care program.

There are currently no events at this time.